Home/ A Bad Day At Work

A Bad Day At Work

It was nearly 6 PM on Friday and I was getting into my car at the office parking lot.   I was looking forward to the weekend after a tiring week juggling tasks, teams, new projects and business plans.   My son’s school athletics championship was the main event for our weekend.  He had qualified for the decathlon finals after several preliminary rounds.   The happy thoughts of spending my day watching my son on the field, and then taking my family out for a nice dinner and ice cream were on my mind when suddenly, my cell phone rang.  Sh**, it’s my boss.

“I want this full report done by Sunday morning so I can review it and be ready for the Board meeting at 9 AM Monday ” were the last words from him that registered ominously in my brain, at the end of a long conversation on the project that I am now the owner of.   By the time the call ended, my car was the only one remaining in the parking lot.  “Sure, boss”, I said, mustering as much energy I could after a long, hard week.  This report is to cover strategy, business, operations and financial aspects of our integration plan of a business that our company acquired recently.   Another manager was earlier assigned this job, but the plan that he came up with was apparently terrible.  My boss felt it is right up my alley to do this report.   When I told him about the weekend plans, he said, “A smart guy like you would sure know how to multi-task, right?”.

Notwithstanding my boss’s well-timed flattery, I would’ve completed this report but the main problem – horrendous timing.   Why now, why this weekend were the thoughts running through my head when I turned on the ignition.  Had I said no, I know I would’ve become a marked man for the next round of belt-tightening in our company.

When I reached home, my son had his plans worked out.   He would warm up at 6 AM on Saturday, followed by a 16 oz. glass of warm milk and then pack healthy proteins and quinoa for his breakfast as his teacher taught him and have it exactly 75 minutes before the event is to start.  Growing up in a vegetarian household, he was told by his teacher to overcome the disadvantage by loading up on variety of vegetarian proteins before a big event.   I was instructed to take video and pictures from a vantage angle, and his mom’s job is to cheer him from the sidelines and take care of food and drinks during the breaks.

That’s when I shared with my family the well-timed call from my boss.  After breaking Junior’s heart with my new weekend plans, I was still wondering how I will manage.   Mrs. TFR and I finally decided that we will take the help of our neighbor from down the street.   He was not only willing but the next morning, he came on time strapped with a professional-looking camera and was looking all geared up for the event. 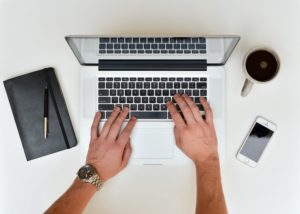 You guys decide to buy a company for $100 million over Maine lobster and fine champagne, and now want me to justify it?

After apologizing to my son once again and explaining the alternate arrangements, I went to work on Saturday morning, reading, researching and putting together a draft report that will hopefully explain to senior management and our Board that our $100 million acquisition was not a total waste.  In corporate speak, many ‘synergies’ are waiting to be captured.  While on the first page, I couldn’t help think about the important school event.   I don’t know when it happened, at some point, I lost track of everything and was fully focused on the report.   The door bell rang, I looked up to see it was dark outside and the page count on the report I was working on showed 20 in the bottom left corner of my screen.

The decathlon was over and I had missed it entirely!

My wife had done her assigned duties and the neighbor captured the decathlon from various angles, far better that I ever could.  He did not charge us anything!  Apparently, he had bought a new professional camera and wanted to use it to cover an action event to test all its features.

My son came home exhausted but he won the second prize in the event against some rather tough competition! He was still unhappy and refused to talk to me.  I tried to pacify him about the work situation and hopefully, he will understand it when gets older.   When the neighbor said, “What pays for all your sports and school – daddy’s work, right?”, his eyes sparkled.   After downloading the video on our computer hard drive, I profusely thanked the neighbor as he said bye to all of us.  My wife ordered pizza while we all freshened up from a hard day at sports (and a hard day at work for me).

TFR Jr. and I watched the video together while enjoying pizza and tub ice cream.   The video was so good that it felt like I was there.  At the end, I hugged the boy tightly while my eyes became moist.   Only then, I realized he had gone to sleep right beside me with his leaned head on my shoulder and a half-eaten bowl of ice cream by his side.  Putting him on his bed, I felt bad about missing the event.  Then I remembered I had yet not sent the email to my boss so, I fired up my computer again and put finishing touches on the report and hit the Send button at 12:15 AM – well in time for my boss’s reading on Sunday morning.   I went to sleep too exhausted to even think about the day.

Next morning, I was woken up by a phone call at 9 AM.   The boss again!   What does the a** want now, I wondered while sliding the screen right on my phone.   He first apologized for calling on Sunday, and said he saw my report and it was the finest piece of work he had read in a long time.  I replied “Thank you boss” and muttered, you made my Sunday but ruined my Saturday, and hung up.

Forrest Gump said it right.   Life is like a box of chocolates.  You never know what you’re gonna get. 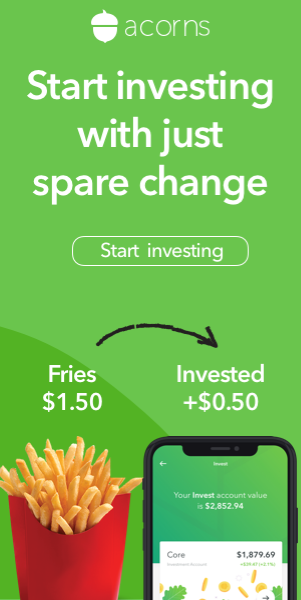