When it comes to a home, most people look at buy vs. rent decision in isolation.  Mainstream finance magazines contribute to this thinking by presenting the numbers of buy vs. rent decision as if those direct costs are the only ones that matter.   Some bloggers take this discussion forward (but barely) by including the opportunity cost of investing the down payment or other exclusive house-related costs in an S&P 500 index fund.  This is still incomplete.  Few people consider the bigger opportunity cost of home ownership while working in a corporate career.

This post is in follow-up to the teaser I posed at the end of my previous post.  Home-ownership has a lot of advocates and it is true that it can provide some advantages when done at the right time, for the right price and for the right reasons.   Those advantages are few and far between compared to a major opportunity cost a working professional faces when tethered to a house.

Today, I will discuss one specific advantage of renting not many consider –  Career Progression.  In the modern business world, the barriers of distance are practically dead.   From a small town business to the world’s largest multinational company, business is now global or aspires to be.   The labor market is also as global as the job opportunities are.  Just last month, an engineering manager I know who was living in Sri Lanka moved to take up an executive job with a mid-size company in Ohio, and the entire hiring process was done remotely including Skype interviews with multiple decision-makers.   He managed to find this opportunity through his contact who knew another contact who came to know of this company’s need, all via LinkedIn.  From his first mail to finally getting the job offer, the whole process was done within one month.   Job opportunities like these are created and filled every day.  Even if you tend to dismiss this halfway-across-the-world hire as an extreme example, it is not unreasonable to imagine this happening frequently within the country.   How about within the same company? In most companies, when a new job opportunity arises (because of someone leaving or expansion),  they look for the most mobile professionals first within the company for the role.   In fact, knowing that you just bought your dream house in the suburbs is going to take you off that list.

I have made it a point in every job in my career to tell my boss that I can move anywhere within a week – as long as the new role is challenging and rewarding.  Being open to move at short notice puts you on the top of ‘likely candidate’ list in most companies because most of your peers would be saddled with a nice single family house having a white picket fence after having plunked down a sizable downpayment.   Also, unlike the minuscule 2-3% raises, these opportunities come with significantly higher income, negotiable work terms and depending on the role, real opportunity to differentiate your resume from your peers so you can land even better positions in the future.  That all this is not immediately apparent by a simple choice to rent does not make the opportunity cost any less real.

Imagine you normally get 3% raises and now make $50K a year and say, you save $10K annually on that income.  By being a progressive renter, if such an opportunity as described above arises where you can bump up the income to $60-65K, you will grab it with both hands.   This 25% raise with relocation is not unusual if the company offers you the chance to move to a new place to establish a new function or expand territory there.   If you don’t allow for any lifestyle creep in your new location, you can see your annual savings rise to $20K, which is 100% more than what you were saving in your previous location.   Talk about turbo-charging your FI engine!   Some international transfers (to tax-free countries like UAE – Dubai/Abu Dhabi) also come with many perks that further boost your savings even allowing for some lifestyle upgrades.  The generous foreign earned income exclusion (shielding US federal taxes upto $100,800 earned income for 2015) is a boon for those working in no/low tax countries. 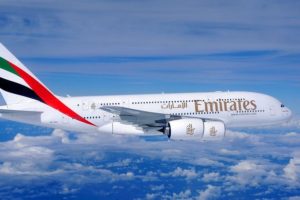 Emirates A380. Your replacement is on it!

Chances are high that you will decline that $60-65K role if you had, for example, bought a $200K house on which you paid a $20K down payment.   Instead of enjoying weekends or angling for a good role elsewhere, you will spend it in Home Depot buying the next fixture for your home.   The hassle and closing costs of selling, even if (a big IF) you were emotionally unattached to your home, would cause you to do a different calculation and give up on the opportunity to move.   You may also not realize this silently marks you on the wrong list in your employer’s confidential HR file – as an inflexible employee who is more tied to the house than to the job.  In other words, you become a lame duck, an easy target during the next round of layoffs. You say you are a highly valued employee?  Still, your inflexibility to relocate on short notice will deprive you of good opportunities in the future as the house becomes an albatross in your career journey.

Even if the only move you made is the one above, you will put yourself ahead of the employee who refuses to move because of his ‘strong roots’ in the home town.   This is such a huge step-up in your income and turbo-charged savings that easily puts you on the fast track to early retirement.  Let’s see how the numbers shake up.

A difference of $10,000 in annual savings over say, 20-years, puts you well ahead of the employee who is tied to his home.  At 8% return, and even ignoring future raises, you will end up with $457,000 more than the employee who stayed put with a dear home around him.  The formula used for this calculation is mentioned in this post.   At a 4% safe withdrawal rate, this differential results in over $18,000 in annual passive income that the progressive renter who reaches FI early enjoys for the rest of his/her life.

Note that this simple analysis assumes that you only moved once for that better role, which would not be true after you have experienced the career benefit of moving to take on a better role. Your resume will look better because of role and location diversity and you will be considered for increasingly well-compensated roles, either in your own company or elsewhere.   All these improvements build on the first step you took to move – resulting in a 10! effect on your financial independence and career satisfaction.  After achieving FI early, you can put your ‘roots’ anywhere you want based on where you actually want to live for the rest of your life.

I find that many young professionals in their early career are obsessed with the idea of buying a home after they spend barely a year in a new job.   They are setting themselves up for a lifetime of lost opportunity costs in their career and earned income.

So, get on that flight and go!   If you do travel on that A380 mega-plane to join a new job in a new place, try to get on the upper deck.  The view is nice and Emirates has an open bar!