Home/ Are You a PAW Yet?

Are You a PAW Yet? 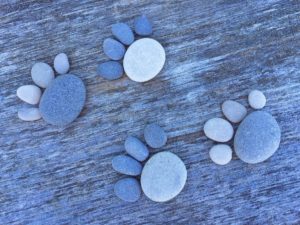 A scoreboard keeps us engaged in the game.  As a player, you need to focus on the game and not on the scoreboard, but once in a while, it helps to lift your head up to see what the score is, so you can change your game accordingly.  A scoreboard also keeps us grounded, gives us a chance to pat ourselves on the back when we are doing well, or say meh when we are doing just OK and importantly, give us a kick in the shins (not this shins) or in the a** if you prefer, when we need to catch up.

The path to financial independence (FI) also needs a scorecard.  Wait a minute, you are thinking it already has a scorecard called ‘net worth’ right?  Yes, net worth can be a scorecard but as a wage earner, it doesn’t tell you how you are supposed to be doing in the net worth department.

The author of the best selling book, The Millionaire Next Door, Dr. Thomas Stanley, former professor of Georgia State University, did pioneering research on affluent people, and discovered that their lifestyles are far less glamorous than what most people thought.  Importantly, he discovered the millionaires share strong family and life values including charity, which in their view, helped them become wealthy.  The good professor also developed an interesting formula to see how your wealth stacks up against your own income level.  With this formula, we now have a way to link age and income to wealth.  He categorized the savers into 3 levels, based on their wealth relative to their own income and age.  These levels are named, as expected from an academic study, as Prodigious Accumulator of Wealth (PAW),  Average Accumulator of Wealth (AAW) and Under Accumulator of Wealth (UAW).  You might simply categorize them as Wealthy, OK or Struggling (respectively).

There are some controversies around the formula, especially for higher-earning younger workers as it over-estimates the expected net worth, but that said, it works fairly well for most wage earners, especially those with at least 10 years of earnings under their belt.  Even otherwise, this tells you where you need to get to.   While calculating income or your actual net worth, you must exclude your inheritance if any.   Income can be from any source except from inheritances or trust funds (neither one applies to me 😢)

If your actual net worth matches or is close to what this formula predicts, you are considered to be an AAW.  If your actual net worth is twice or more than this calculated figure, then you are a PAW (see why I love PAWs?).   If your net worth is half or less than this calculated figure, then you are only an UAW and you will be in awe of the PAWs!  What’s good about this scorecard is that it ties net worth to age and income, which is more useful than simply setting a net worth target out of thin air or based on some advisor saying this is ‘your number’.    It also levels the playing field somewhat because knowing a person is worth $1 million doesn’t tell you much.   If that person is a 50 year old earning $80K a year (PAW), he deserves lot of credit than another 50 year old millionaire earning $200K a year (AAW).  Use the calculator below to see how you fare.

While some consider Prof. Stanley’s methodology as debatable, this formula is still broadly useful for many in their working career.   The main exception, as I said earlier, are high-earning recent graduates, especially with student loans.   For example, if you are a 35-year old cardiologist earning $300K/year with $150K of medical college loans to be paid back, your ‘expected’ net worth would be far higher than what you actually have.  The formula over-predicts in such cases.   Similarly, one other contingent where the formula gets it wrong, this time by under-predicting, is at the other end of the spectrum.  For example, a person who has had a relatively high-earnings career and decides at the age of 55 to down-shift to a low paying job as a way of semi-retirement perhaps.  In this case, based on his new low paying job, the formula would predict a lower net worth than what probably is reality for this person.  This formula, therefore, doesn’t work for retired folks with no earned income, but are living off of investments or rental real estate.    With a caveat on these limitations, by and large, the formula is a good scorecard on where you are placed if you have been working for some time and want to get to a net worth better than your same income-age cohorts.

There is another good way to declare your financial independence, using passive income as the metric, but until you get there, knowing whether you are a PAW/AAW/UAW can at least tell you whether your lifestyle needs adjustments.  This is especially true if you are falling significantly below average of what’s expected of your net worth based on your income and age.