You may have read several studies that successful long term investing requires the ability to invest efficiently, have enormous patience and faith in the markets to eventually deliver the goodies for your retirement.

We also saw in an earlier article, that patience, especially to survive the dog years of investing, is a key requirement.

Before we get to that, I will share a dangerous complacency in personal financial planning.

No Nirvana in Simulation 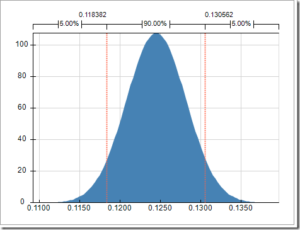 Today, with powerful modeling tools like Monte Carlo simulation, you can run thousands of simulations around market returns and volatility (standard deviation).  When you assign probabilities and plot the simulated data points, you get sexy-looking curves that lull many into thinking that you are doing great financial planning.  Usually, these curves come with a hefty bill from a financial advisor or some pitch to buy a product or service from a website.

This is also how many retirement calculators work where they feed in expected returns and standard deviations, and the calculator simulates thousands of trials to spit out the answer.

What this financial geekery misses is that it is masquerading as science while utilizing the tools of science & math (like bell curves and probability distributions).

It does absolutely nothing to tell you what mindset you should have to be a successful investor.  Simulation is a far cry from psychology.   Simulation is theoretical but investor psychology is real.

When you buy a stock or an index fund or an ETF, what are the possible market outcomes you can face over the next 12 months? There is nothing magical about 12 months.  I just chose a time frame that isn’t too short or too long.  It is right at the cusp of what many government tax authorities around the world see as a ‘short term’ versus ‘long term’ holding.

There are 5 possible outcomes as I see them in this 12 month period.

Market history over decades teaches us that the stock market is up roughly 70% of the time. So, the first two options above have a combined odds of 70%.  The remaining three options have combined odds of 30%.  Let’s say the odds of having a flat year are essentially nil, so we will conservatively split the remaining odds equally between scenario 4 and 5 at 15% each.

So, we have a table that looks like this. 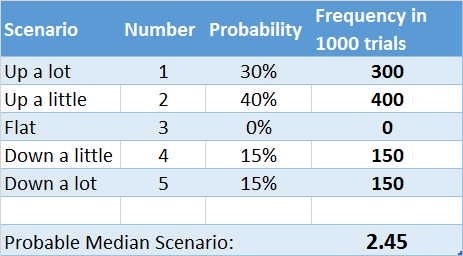 What sophisticated Monte Carlo analysis does is the fancier Cadillac version compared to what my modest Excel table above shows.   It tells you that “on average”, you should consider the likely scenario to be 2.45.  In other words, expect any given year in the market to be somewhere between flat and up a little.   In numbers that could mean say, around 6% total return.

But knowing this ‘median’ case doesn’t help you much.  It doesn’t tell you how you should approach investing.

So, how do we develop a successful long term investor mindset?

There is a parable attributed to an Indian mythology that explains this mindset well.  I have taken the creative liberty to position it for this article, without altering its message.  I like stories with a deep message, don’t you?

All good stories start with “a long time ago” and this one is no exception. 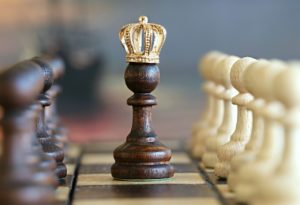 It’s good to be the king as long as you have wise counsel.

A long time ago, there was a wise and benevolent king who once ruled a large kingdom in Asia.  People were happy in this kingdom as all their needs were met and they felt secure and peaceful in their lives.   This king had an even wiser and well-liked minister whose words of counsel help put the kingdom on a prosperous path and happy citizenry.   The minister put public well-being ahead of all other objectives and was well regarded by the people for being an efficient, kind and honest officer of the government.   Over the years, the king and the minister both had grown to become friends as well.

One day, the minister was contemplating FIRE (yeah, people aspired for it even then!).   The minister thought he had executed all his responsibilities faithfully and has saved enough money to live a simple retired life away from the busy capital city of the kingdom.  A life where he no longer has to wear official robes and show up on time whenever the king summons.   He felt he had been there and done that and wanted a simple, quiet life of a hermit on the countryside contemplating on life’s bigger questions and deep philosophy.

Having made up his mind, he sees the king one morning and hesitantly expresses his wish to retire.   This sudden request takes the king aback.  Like any good boss, he asks the minister if everything is okay.  Are you not happy here?  Do you need more money, more servants, more land and houses asked the shocked king.   The minister, visibly moved the kind king’s questions, says No Sire, I have been more than well cared for under your great leadership.  This left the king confused.  Then why are you leaving all this? the king retorted.

Sire, I wish to spend the reminder of my days in quiet solitude pondering about the meaning of life, replied the minister.   Having lived my life with sensible frugality combined with efficient investing, I now have enough to do that without working for a salary.    Besides, the minister continued, I have trained two junior ministers who are ready to take on the great responsibility of providing wise and timely counsel to your lordship.    The king was pleased to hear about the long-range planning the minister had done to prepare himself for this day.   Still, the king worried about the minister’s sage counsel and the fact he would not be seeing his friend any more. 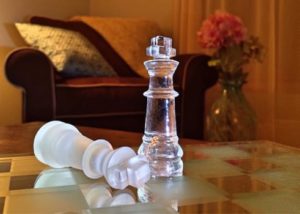 A wise minister gets FIRE’d

Resigning himself to the decision of the minister, the king relents and agrees to let him go.   I will miss your wise advice, said the king.  The minister replied, Don’t worry Sire, I am leaving you with two small envelopes containing my advice.   But don’t open them now.  Open the blue one only when you feel extremely happy.  Open the red one only when you are feeling very sad or depressed.

With those mysterious words, the minister leaves the capital and retires to wilderness near a mountainside, never to be heard from again.

Days pass, then months and years.   The natural course of life makes the king forget his old minister as he attends to matters that kings are supposed to do.

The king grows complacent and fails to recognize the growing threat to his kingdom.   An enemy king conquers the kingdom and banishes the king and his small group of loyal supporters to a remote forest at the edge of his kingdom with nothing to survive with.   The king walks for days and feels depressed how he let this calamity happen to himself and his great kingdom.  Exhausted, he sits under a tree and suddenly remembers his old friend, the minister’s advice and the two envelopes.  Luckily, he had carried them with him.   Since he was feeling miserable, he tears open the red envelope.

Inside the envelope was a paper where it was written:  This shall pass. 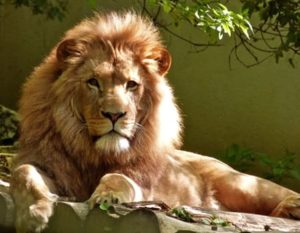 A king ponders his defeat in the jungle.

The king pondered about those 3 simple words and found profound truth and power in them.  He gained courage thinking his problems were only short-lived.   His past glorious empire and brave soldiers cannot be cowed down by the enemy.   He found renewed energy from those words and with that, he started motivating his loyal soldiers and generals.  Soon, the word spread and the surrounding towns and villages started coming to the forest to hear the king’s powerful words and got inspired by them to get their country back.   Slowly, the word spread across the region and legions of people joined the movement and they trained for battle.   Cleverly, they used their knowledge of the land and stealthily advanced to the capital.  In a quick but decisive battle, they overthrew the conqueror, who was promptly executed along with his coterie. 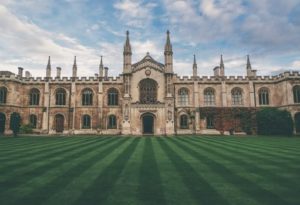 Happy times are back again.

Peace reigned again and the kingdom returns to its former glory under the wise king’s rule.  This time, as a lesson learned from being complacent, the king spreads his ambitions far and wide and raises powerful legions to conquer surrounding lands.  He expands his empire manifold.  Treasuries of gold, diamonds and other precious gems along with vast fertile lands, and new armies of able soldiers come under his control.   And the women…beautiful damsels from distant lands become courtesans in the king’s harem.

Delicious foods from distant lands are prepared and served to the king’s delight by master chefs who join the palace kitchens after hearing about the king’s power, pay and opulence.  The citizens gained new wealth and knowledge through many public welfare programs and felt richer than ever.   The king saw every aspect of life improved even compared to the earlier period.   The king was now happier than even when the old minister was advising him.  Oh yeah, the good old minister, he remembered then.  He thought about his old friend’s words and summoned for the blue envelope.   After a delightful evening of great food and enchanted royal entertainment, the king retired to his chambers to finally open the blue envelope.

In it were the words:  This too shall pass.

For all of us aspiring to be successful investors, there is a key message in the story.  We must recognize that a grand bull market and a crushing bear market are both only temporary.  They should not affect our long-term growth journey as long as we don’t succumb to the heat of the moment.

Neither the gloomy depths of the bear market nor the euphoric peaks of the bull market should dislodge us from the journey.

People who became despondent after 2008-09 recession and went all into cash never to return to the market did not have the benefit of the red envelope that the defeated king had.  Similarly, people who went all into the market (some borrowing on their homes as well) at the euphoria of the dotcom boom in 1999-2000 period did not have the blue envelope.    Having experienced the 1999-2000 boom and the subsequent bust personally, I remember the wide range of emotions I went through – from feeling top-of-the-world to noticeable depression.   In hindsight, both emotions were not correct but thankfully, I discovered my own envelopes  later, but in time for the 2008-09 recession.

Carry both red and blue envelopes with you, and remember the wise minister’s counsel at all times!