Why The Poor Stay Poor

This is not an easy article for me to write.  I now see this as an important counter to the other extreme I covered – life of a 1%er.  It brings back unpleasant memories from my time in Asia, during my corporate stint there.  Don’t get me wrong, we had a great time but the unpleasantness was for a different reason.  Asia is home to over 70% of the world’s poor people.   As is common practice there among all middle and upper middle class working households, the TFR household hired a part-time maid during our stay there. It was initially awkward to have a stranger spend couple of hours each day doing our chores but we slowly got used to it. 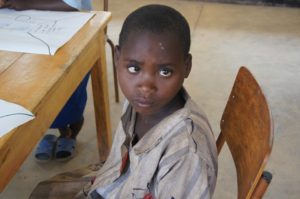 Poverty sucks, but it can inspire a child to grow out of it if he stays in school.

We ensured we paid market wage, turned out we paid even higher as we later learned from our neighbors.  Our maid came from a typical low income family with a husband and two daughters.  As is customary in her community, just like her, both her daughters were married off young (18-20) and they have children of their own. She first became a grandmother at 43 and now has 3 grandchildren.  Her husband works as a casual construction laborer, so it’s either feast or famine in their household – mostly, famine as he hasn’t been able to find steady work since he suffered a fall at a rickety construction site and fractured his leg (no insurance settlements, the small time contractors in Asia don’t provide any).

We paid our maid $100 a month for the following terms of work, which continually became sweeter for her as she gained our trust:

Note that she was working only part-time with us, and she worked in three houses doing similar jobs.  All told, she was making $300 or so a month, which along her husband’s $200-250 wages occasionally (he used to earn more before his fracture), put their family in lower middle class income bracket (they were not paying taxes to my knowledge as they were all paid in cash).

In case you are wondering if they are ‘poor’, they are not, as per world poverty statistics.  Nearly a billion people live on less than $2 a day (most in Asia) – so, her family income averaging at $12-15/day puts them solidly in lower middle class (7 times World Bank-defined poverty threshold of $1.90/day).  Also, note that income stretches a lot in Asia due to lower cost of living due to PPP (purchasing power parity) so you must not apply North American or Western European minimum wages here.

But they are poor for a different reason…because of the lifestyle they chose. 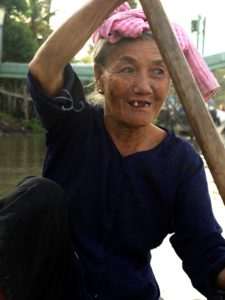 Our maid has the habit of spending a lot on her daughters and showering gifts on grandchildren.   She would also use her time off to visit them frequently.   That was fine with us, but the problem was, she would come late to work on many days and would inevitably run out of money by the middle of the month.  We put up with her because we found her otherwise honest and did good work (when she showed up).

My wife and I tried to explain to her the importance of an emergency fund.  After analyzing her monthly expenses, I showed her she can easily save 20% of their monthly income.   She was staying in a low cost shared rent arrangement and also, was getting other government welfare benefits. You may think this 20% saving amounts to a piddly $100, but keep in mind that if she did it just for one year, their family would save $1200, covering at least 3 months of living expenses for them. Relatively speaking (in PPP terms), they would’ve been better off than many Americans living paycheck-to-paycheck.

No Immunity From Lifestyle & Emergencies

She didn’t bother about emergency fund.  She preferred being the doting mother and grandmother rather than save for emergency or her own old age.

How long will you have the physical strength to work as a maid, I asked her one day.  As long as God wills me to, came the answer.  What if you faced a medical or other emergency needing lot of money quickly, I asked?  Pat came the retort, wouldn’t you take care of me at that time?  Between all 3 households, she continued confidently, she believed she can get a sizable loan (interest-free, of course) to cover the emergency.   She said she can work that off over a year.   That’s when I realized, she did have an emergency fund – me!

As her bad luck would have it, her sister was diagnosed with cancer, and since her sister’s meager insurance couldn’t fund all the treatment costs, the burden fell on her.  So, she came to us with her story, and out of compassion, we gave her $500 to be paid back when she could.  Despite the treatment and care, her sister unfortunately passed away.  Over the following year, she continually came up with one excuse or another to stop us from even partially recovering this interest-free loan from her monthly wages (she objected to recovering even $25 a month and wanted us to defer it to next year).

Then, one day, we informed her of our international relocation.  She said she will absolutely repay us and even asked for our forwarding address to send us $500!  With nearly rolling eyes, I told her not to worry saying I will call her later to provide this information.  In our subsequent calls to see how she and her family were doing, she never once brought up this pending loan.  To this day, she has not paid us back.

During our last phone call to check in on her, she even asked for another $300 loan, while the last one remains due! I am not angry at all about this, rather I felt sorry for her due to the vicious cycle she has fallen into without realizing its long-term impact on her and her family.  This story has parallels to an American household earning $3,000 a month but burning through it by middle of the month, and turning to friends and payday lenders to bridge the shortfall.

During the course of this experience, I found out that she had taken similar loans from other homes as well where she worked (some asked her to sign a note, but we never did).  She hadn’t paid them back either.  I also found out that she continued with her habit of blowing all her earnings by the middle of the month and somehow scrounging by on loans till the next month’s income came through.  This story may have an Asian context but is no different from similar folks in America dependent on vicious payday loans as J. Money points out.  They get deep in debt with no end in sight.

Drowning in a Whirlpool of Debt 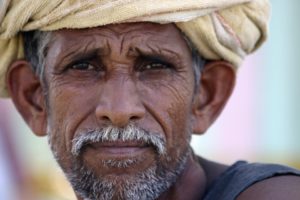 Behind every wrinkle is a sad story.

This experience gave me an insight into why many marginal people stay marginalized.  It is one thing not to make enough money, but completely another matter to live beyond your earnings even when you have no social pressure to do so.  No one living on her street or even her family expected her to spend so much on gifts, but she does this on her own and finds herself drowning in debt.  Even if the TFR household forgives her loan, there are many that won’t.  One day, this will fall like a ton of bricks on her.

Poverty can be a curse, but it is sad to see people compound their poor income problem with even poorer spending habits.  In Asia, counting on the generosity of a benevolent ‘master’ employer is fairly common.  This culture binds many into a lifetime of manual labor and mounting debt.  In developed countries, it is a lifetime dependency on payday loans and long-term public welfare programs.  This stops them from taking even a small step towards financial independence.  The poor, unfortunately, stay poor.

15 comments on “Why The Poor Stay Poor”