Home/Life • Money • Relationships • Work /Are You a Blamer?

Are You a Blamer? 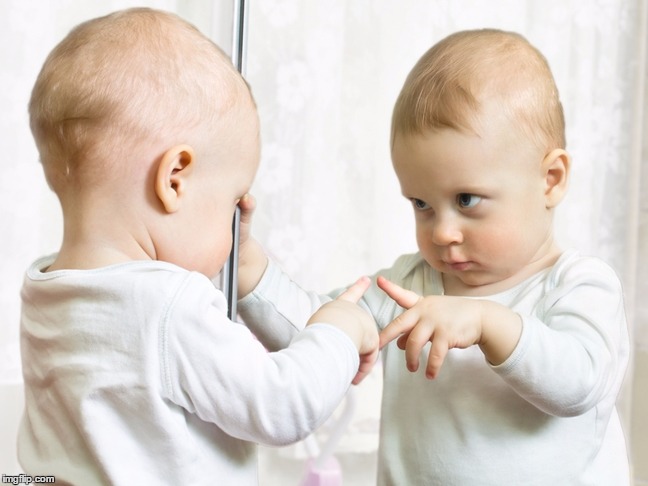 You are responsible for my problems.  Get your act together!

Statistics tell you that you don’t need to be in the 7-figure net worth club to be part of the rarefied segment of top 1% in the world.  It certainly doesn’t take much to be in the top 10%.  Still, by definition, this means 90% of the world is not there and most are nowhere close.   Granted, a large portion of those in the bottom 50% are in developing and third world countries, and they are victims of unfortunate circumstances.  However, there are many in the 51%-90% group who have had reasonably good upbringing including 3 meals a day, a roof above their heads and a decent secondary education.  Most are employed and make enough to be considered fortunate compared to the bottom half of the world’s population.

Yet, they are unhappy and live way below their potential.

In my FI journey, I have come across many such people – as neighbors, partners, friends, relatives, co-workers and even bosses.    There is one common thread that runs through most of them.   They blame others for their condition in life.

This blame takes on several forms.   For some, it is how terrible their boss or un-supportive spouse is, how limiting their finances are to take risks (even if they have positive net worth), how messed up the public infrastructure and taxation systems are, how screwed up the world is, and even how crazy or untrustworthy the people around are – some or all of which are responsible for their own misery.   Every disappointment in life is somebody else’s fault. They love to gossip about others’ weaknesses or deficiencies and rant about how their day was messed up by someone who made a passing remark.  The audacity, how dare can someone ‘hurt’ their feelings by speaking an obvious truth?  They get along only with similar-minded complainers, as long as they aren’t blaming each other!  Misery loves company, as it is said.

Blame leads to anger and anger leads to suffering.   Even if some of the ‘blamers’ learn to outwardly mask their anger for social reasons, a life lived blaming others and external circumstances for their present condition is a horrible existence.  Unfortunately, I am related to a few such people and they intrude my life more than I wish.   They drain the energy out of me every time I attempt to have a meaningful conversation.

Blaming is one of the worst (but psychologically comfortable) behaviors of a human being because it completely absolves your role and responsibility. For some, blaming is a coping mechanism. By squarely making other people responsible for your failures and disappointments, your mind plays a cruel trick that hides the truth and sets you up for unresolved misery. 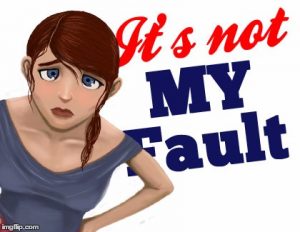 This is such a vicious cycle that once you are into the blame-culture, it is very hard to get out of it.  It takes a disruptive event – one that defies all imagination and importantly, one that eliminates every possible opportunity to blame others – for those blamers to finally realize that they alone are responsible for their life’s mess.  The unfortunate truth, as I have seen in some cases, is that by the time such an event comes, all the good people in their life would have left them (either by death or in disgust).

The difference between blaming and criticism is that the former is a hopeless coping mechanism, and the latter can be constructive.  Both blame and criticism have one thing in common, the ego of the source.  As a beneficiary of constructive criticism, I see the value of useful criticism as long as the intention of the source is honorable (that is, to ensure the job is done right or to get you to improve and progress in your own life/career). Otherwise, it is simply negative criticism or useless blaming.

There is an interesting quote from a reformed food critic, appropriately named, Anton Ego, from the Disney animated movie Ratatouille. 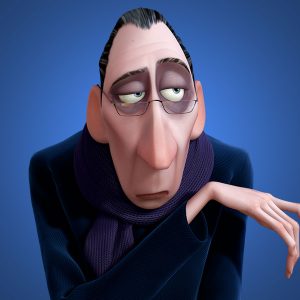 In many ways, the work of a critic is easy. We risk very little, yet enjoy a position over those who offer up their work and their selves to our judgment. We thrive on negative criticism, which is fun to write and to read. But the bitter truth we critics must face, is that in the grand scheme of things, the average piece of junk is probably more meaningful than our criticism designating it so…  (Anton Ego)

Critics can reform, but blamers don’t!  Blaming is such a convenient excuse for many that they remain stuck in their life and justify their mediocrity by designating everyone else in their world as responsible for their present situation.  Constantly finding faults in others might be ‘fun’, but as Anton Ego notes, the reality is that the average work done by an average person is more meaningful than a blamer who finds it convenient to blame others for being ‘average’.

What do you think?  What percentage of the people in the world would be in the blamers ‘category’?  How does ‘blaming’ hurt in the pursuit of FIRE?  Do you know or have direct experience with any blamers? Please share your views below.