The huge financial services industry and the much smaller community of Financial Independence and Retire Early (FIRE) bloggers differ on many fronts.  Yet, we all agree on one principle – sustainable withdrawal and retirement success through simulation models.   Of course, we all need to know our sustainable spending rate.  But, as we saw earlier, focusing solely on the simulated probability of financial success only increases the relative probability of a non-financial event wrecking our plans.   Today, we seek a new angle to one such non-financial risk factor that impacts your financial future. 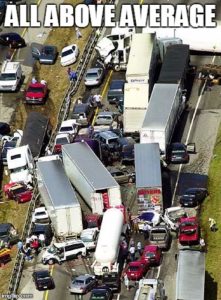 We saw how the probability of an automobile accident alone can put a dent in our FIRE plans, giving a new meaning to ‘what is enough?’. Yet, there is a curious psychological factor here that shows up in survey after survey.  We all think we are good drivers.  Consider that a scientific research study showed more than 80% think they are better-than-average drivers.  Aside from the mathematical impossibility of that belief, this is also called illusory superiority (a cognitive bias like the one here).  You may know this bias by its common name, Lake Wobegon effect.  What’s interesting here is that we don’t just feel but genuinely believe that we are all above-average drivers.  Unfortunately, the reality of global road accidents doesn’t agree with that belief.

Today, I read an interesting news article that Uber will be piloting driverless cars in the city of Pittsburgh.   A city of over 300,000 people – sporting many curvy roads that wind up and down, far too many bridges and river front parkways – will be a challenging and interesting setting to test the potential of driverless cars.

The concept of driverless cars was the stuff of science fiction not too long ago.   We have come a long way in just the last 5 years.   The reality lies somewhere between the hype from the technology leaders like Google and Tesla, and the deep skepticism of vested interests like taxi associations and local governments that tax both the service users and the income that the drivers generate.  The attention that rare accidents have created doesn’t help, but it is not clear the auto-pilot feature is at fault, perhaps just the normal brakes in one case.  This technology is no different from most others that came before it – any new technology will continually improve until one day, the public takes it for granted (like air travel today).

In this context, it is progressive for a conservative city known for its old world steel roots to have taken the lead to become the test ground for a path-breaking technology, one that can revolutionize automobile travel in the future for all of us. 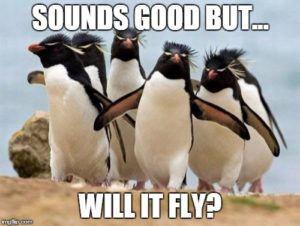 Financially, I mean.   Any technology’s adoption depends on whether it makes life easier or cheaper or in some other way, better than before.   If the promise of practically accident-free road travel comes true, then we would have eliminated one major risk factor to our longevity.   But that promise can only be realized if the economics of the technology is attractive.

Taxi driver salaries vary across cities and also, within a city.  Since this test is in the city of Pittsburgh, let’s use the figures from there.  Ignoring the lower and higher percentiles, and taking only the median (50th percentile), the median Pittsburgh cabbie makes $32,350 a year.  This doesn’t include bonus and tips as the data source says, so let’s add about 15% to this figure.  So, we can estimate the median Pittsburgh taxi driver makes around $37,000 a year.

The cost of any technology drops dramatically as adoption increases.  As recently as 2014, driverless technology was estimated to add $70,000 to a car’s cost, which is declining rapidly and some predict it will be as low as just $3,000 by 2035.  When the cost range is this wide and is dependent on technology evolution along with growing demand, you can model this evolution using some past experiences of technology cost. 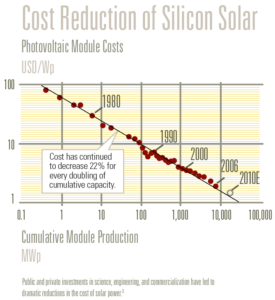 Taking solar cell technology as an example, the chart shows the amazing cost reductions achieved over last 20 years as production increased by orders of magnitude.  We cannot be sure if driverless technology will follow similar cost curve in its evolution, but it very well can.

What if it does?

If the driverless technology adds say, $15,000 to the cost of a car in couple of years, even then, it pays for itself in less than 6 months in Pittsburgh by saving on the cost of a taxi driver.  You can see why this will be a breakthrough for taxi services like Uber, who are facing legal issues of whether their drivers are employees or contractors.

Of course, there is no guarantee that the cost curve will be as dramatic as solar cells but going by how technology evolves with demand, I don’t think it is unreasonable to assume $15,000 for the incremental cost of driverless technology in the near future.  It may even get lower. 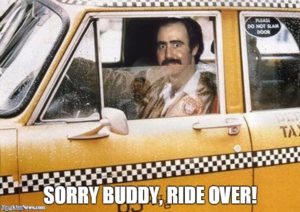 Thanks to Uber and Lyft already, the cost of a taxi cab medallion (license) in New York city, which used to be much sought-after, has dropped by half (from $1 million to less than $500K).  If this technology comes to pass with the economics of a 6-month or lower payback period, taxi drivers will become an extinct species.  Note that the payback period doesn’t even consider any potential insurance savings coming from lower accident rates. No more haggling or putting up with smelly taxis!  Importantly, one non-financial risk factor that impacts success of a financial plan gets reduced.

So folks, we all have a vested interest in the evolution of this technology.