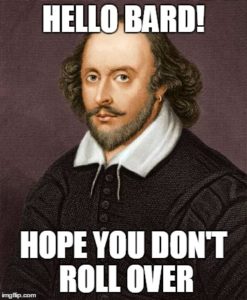 English is an interesting language.   We bring financial concepts into daily expressions and vice versa.  All the English-speaking countries in the world trace their English language origin to some connection, if not a straight colonization, to The British Empire or the East India Company.   Many of the old British expressions have survived centuries and are used even today in many countries that have historical connection to the language.   This post takes an old British expression, back to the days of William Shakespeare (The Bard), that a good venture “pays rich dividends”.   Even as a poet, he knew about the rules and ruthlessness of business, seen in his classic The Merchant of Venice.

Years later, the above sentiment from Shakespearean days was echoed by none other than John D. Rockefeller, who apparently said:

“Do you know the only thing that gives me pleasure? It is to see my dividends coming in.” 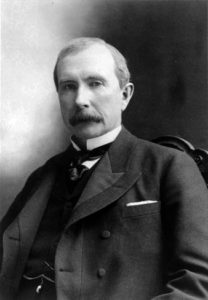 It’s pretty dramatic to say that, as I am sure there are a lot of things in the gilded life of Mr. Rockefeller that would have been pleasurable.  Regardless, a good business venture pays growing dividends.

What is it about dividends that attracts so many people over centuries, from a famous English poet to a tycoon of the American industrial age to this humble blogger strangely named Ten Factorial Rocks?

It has to do with making passive income off your assets, basically making money without working for it!  That’s the holy grail of the FIRE community that I am part of, but we also face firing at times.  The dividend way is particularly attractive for many since the days of Shakespeare and Rockefeller.  The passive income from dividends is sustainable only if it is generated without long-term erosion of the source of that income.  The following examples are based on this concept.

Return of Capital or Return on Capital 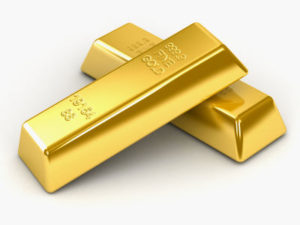 You can kiss it, but it won’t kiss you back!

If you spend (for the sake of simplicity) $1326 per month for your living expenses, then your 100 oz. stash will last you 100 months (little over 8 years).   What about inflation? Well, let’s assume the price of gold keeps up with it so each 1 oz. coin will buy you one month’s living.

The only problem is there is no one working to increase the value of your gold stash during the one year that you were living on it.   Gold prices are set by supply, demand and global economic factors, every one of which can affect the value of your wealth. Besides, it is not a productive asset as there is no income stream it generates.   So, the money you are getting by selling off a small portion of your asset is not offset by any compensating factor.   It is quite likely the price may stay the same, or even decline, so you might run out of money well before 100 months.

With dividends, it’s an entirely different story.   Let’s say, you sold off all your gold holdings at market value and bought 4400 shares of Cisco Systems (CSCO) at $30.14 per share (recent price).   You can do this with any high quality dividend-paying company or even a bunch of them together, so without getting into the semantics of why Cisco, stay with me for the example.   These 4400 shares would pay a quarterly dividend of $0.26, giving you annual dividends of $4,560 ($0.26 x 4 x 4400), or a dividend yield of 3.4%.   In the beginning of this year, Cisco increased its dividend to $0.26 from its 2015 quarterly dividend of $0.21, an increase of 23.8%.  They have a track record of increasing dividends by high double-digit percentages since they started giving dividends in 2011.   Let’s be conservative and say they can increase the dividends over the next 10 years by only 8% per year.  Since dividends are increasing only by 8% a year, we will assume the stock price increases by the same 8% to keep the dividend yield and P/E ratio constant.

This example assumed you spend $1326 per month ($15,912 in a year) to live on, so the Cisco dividends will cover only a part of it every year and so, you have to sell some shares to fund your living.   What’s different between this example and gold is that there are a large number of qualified employees, shareholders, institutions holding the same Cisco shares (but in different quantities) who are vested in making sure Cisco does well in the future.   All the new products to be developed by Cisco’s R&D team, all the cost efficiency projects worked on by their Operations team, all the incentives to be earned by their Sales team to get more revenues and customers, and all the business, financial and infrastructure investments made to increase revenues or decrease costs – all of it – is aimed at increasing the value of Cisco in the future.   There is active work being done by others to increase value of your holdings, and ensure the company continues to remain healthy to pay increasing dividends in the future.  This is what makes the dividends you get truly passive.

Since the dividends you receive are based on recent past performance, and the stock price is based on its future earnings potential, there is not always a strong correlation between the two.  The company is not eroding the business enterprise by giving you dividends as it is based on past quarter’s earnings.  This part is a bit controversial in the financial world as some say every dividend reduces the value of the company by the amount given out, in other words, dividends don’t matter.   This argument is based on ‘fixed net worth’ principle of company where every outgoing asset (cash, in the case of dividends) decreases the value of the company by the amount given out.  I understand this argument but don’t subscribe to it.  This argument is  conceptually true, but not so practically.  This topic deserves another post.

On the other hand, you can hug your gold and read motivational speeches to it all you want, it won’t move an inch!  It will sit there trying to look pretty while collecting dust.

Note that you run out of money by the 8th year with gold even its value kept pace with inflation.  In the other case, after spending both the dividends and proceeds from partially selling Cisco shares each year for 10 years, you still have over $52,000 worth of shares in Cisco left in your portfolio by end of Year 10 (867.7 shares x $60.29 = $52,314). 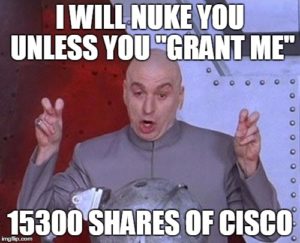 I deliberately chose an example where the starting dividend only partly covers your living expenses (in this case, less than a third of it) so that you are forced to sizable sell parts of the Cisco ‘goose’ laying the dividend ‘eggs’.  Still, investing in Cisco beats investing in gold.

Partial coverage of expenses by dividends is not the goal of dividend investors.  They aim for all their expenses to be paid for by dividends.  To get paid $15,912 in annual dividends, you must have 15,300 shares of Cisco.  Dividend investors would prefer these dividends coming from as many stable, growing companies as possible, so the risk (of any one cutting dividends or not growing as much as you want) on your total passive income is minimized.

Whether you own a lost cost index fund portfolio or a diversified portfolio of dividend-paying stocks, a key goal for many is to generate enough passive income to cover all your living expenses and still have the portfolio largely intact for the rest of your life or even beyond for your kids/charities (if that’s your objective).   It pays rich dividends to do that. Journey safely, my 10! friends.

7 comments on “It Pays Rich Dividends”