Cost of Consensus in Financial Independence 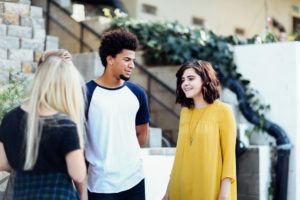 Consensus can be costly in investing.

“You pay a heavy price in the market for a cheery consensus” says the Oracle of Omaha, Warren Buffett.   The nature of human mind to seek out favorable facts, approvals and confirmations in support of what we already want to believe is called confirmation bias.   By nature, most of us have a strong confirmation bias because we are social animals.  In fact, the more social, extroverted and friendly you are, the stronger your inclination to have this bias.   What makes confirmation bias risky for investing is that it makes you ignore or belittle important facts that go against your belief.

Let me give you a practical example using one investment case.

The date was Jan. 2, 2015.   The world was getting back to its routine, shaking off a hangover after the new year celebrations and people we getting back to their daily lives.  Over the previous few months, a consensus was forming around McDonald’s that it had a boring and dated image because they reported a few percentage point declines in same-store sales in the previous two quarters.   This consensus was getting stronger in popular investing forums like Seeking Alpha, where many people write or comment on investment ideas.

The consensus was based on the thesis that the trendy ‘fast casual’ restaurants like Panera’s, Shake Shack, Five Guys and also, chains like Starbucks, Dunkin’ Donuts etc. will sandwich (appropriate word for a food company, right?) McDonald’s into a permanent pleatau of declining sales and limited appeal to an ageing crowd.   Many short-term trends were extrapolated to show McDonald’s best days are over.   Some speculated it may either get sold off for their underlying real estate (which has good value because of its prime neighborhood locations around the world) or become yesterday’s brand like Kodak, Sears or GM, waiting to be euthanized.

All this was based on just two quarters of declining same-store sales!  In the broader market, this consensus was reflecting as a slow but painful downward trend of McDonald’s (MCD) stock price.

The cheery consensus among those predicting the end for a global consumer icon like McDonald’s ignored the potential of the turnaround work underway and the past track record of management to emerge stronger from previous sales declines.  If any company is vested in understanding changing consumer fast food preferences, who better than McDonald’s?  If casual readers and retail market investors like us can see the meteoric rise of modern, trendy restaurants doing brisk business, why would McDonald’s ignore them?  Yet, these questions were never asked.

Many people I know sold McDonald’s stock during this period thinking it is yesterday’s story.  A has been, as some would say. Some of these investors who sold were having MCD for years and yet, they became worried by the problems that they saw were permanent.  Many felt that the world has moved on, leaving McDonald’s behind.    They wanted to get out before the carnage happened on the stock.

I saw this situation a bit differently.  I wondered that perhaps the market is over-reacting to the problems at McDonald’s.   No company, especially of the size and global scale of McDonald’s, can continually increase sales, so occasional challenging times are to be expected.  It is how the company reacts to the challenges and emerges stronger that makes it a worthwhile investment for the long-term.

At the company level, McDonald’s was experimenting with various ideas to improve their business.  Normally, when any good company experiments new ideas to achieve a turnaround, the core business continues to takes a hit as the key people are diverted to focus on building a better future, and resources are diverted to focus on the new ideas.   The experiments are often small and controlled to manage risks and investments.  They also take a long time to show results.   These experiments in late 2014 and 2015 for McDonald’s included healthier food options, all-day breakfast extensions, premium sandwiches, better coffee and faster turnaround times in drive-through.   In other words, nothing earth-shaking, but real, core operational improvements aimed at making customer experience better.

Also, it is worth asking the question why would a company increase its dividend from 81 c/share (in Aug. 2014) to 85 c/share (in Nov. 2014) during the same difficult period?  The chart above shows the quarterly dividend as a marker on the horizontal axis.   They announced a 4.9% increase in dividends, more than twice the rate of inflation, which for a large company like MCD is a major increase, especially in its so-called ‘challenging times’.   Clearly, management and the Board weren’t expecting the problems to be permanent.  If they felt this was serious, they could’ve maintained the same dividend, signaling some uncertainty about the business climate.  But no, they delivered a meaningful increase in dividends.

This ‘disconnect’ between how the market was reacting and what the company was doing prompted me to invest in this company in early Jan. 2015 at $95.   I wasn’t sure it would make a good investment and it certainly wasn’t an easy decision.  After I invested, Forbes came out with a scathing article in May 2015 when even the 2015 first quarter results showed sales declines, saying McDonald’s can’t save itself.

I was down about 10% from my purchase price by May 2015.  I still felt that the gloomy consensus was simply over-reaching and things can’t be that bad.  I stayed invested in MCD.

The chart below captures what happened to MCD after this period…

One by one, many of the experiments that McDonald’s conducted started showing positive results.  Management and most franchisees were keen to roll out these new services and offerings across their markets.  Sure, there is no way an investor could’ve known in advance how well these experiments would work out.  But this is where analysis of the past track record comes in handy to see how the company did in previous challenging times.  Also, the decision of the Board to continue increasing dividends at a healthy clip even during challenging times sends a strong signal.

As of this writing, the price of MCD stock is at $154, an increase of 62% since my purchase, or a compounded annual growth rate (CAGR) of 27% for the nearly 2 year period I have owned it.  Now, at a P/E ratio of 27, the pendulum has swung the other way, with a lot of future earnings expectations baked into the steep price of good ol’ McD’s.

This may be a point of divergence between a value investor and a dividend growth investor (DGI’er).  A value investor may sell the stock now thinking the future capital gains may not be great, and they may be right.   Interestingly, the same Seeking Alpha tone on the stock is now decidedly positive, even calling it a winner!  A DGI’er, however, may decide it is still worth holding on to the stock as the dividend increase streak is continuing quite well.   At a quarterly dividend of 94 c/share, the increase since mid-2015 was 13 c/share, or 16%, which works to a CAGR of an impressive 7.7% in dividends over 2 years.   So, a DGI’er like me would continue to hold the stock here knowing the price may decline in the short term to match the fundamentals but the company remains strong. 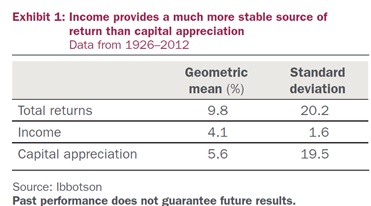 This is yet another example of why income from dividends is stable, and capital gains are fickle.  This is what the Ibbotson study showed over 80 years, summarized in the above chart.   In the long-term, the stock prices match up to earnings growth, which also matches with dividend growth because many companies have a target band of ‘payout ratio’.   Earnings and dividends are company-dependent but stock price is market-dependent. 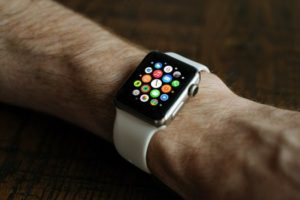 Time is your best friend in investing.  Be patient.

Whether you are a dividend growth investor or a value investor, the critical requirement is patience, as we saw in an earlier post.   Avoiding confirmation bias after reading about the stock is another key requirement to develop the right mindset for investing.   In early 2015, we had an opportunity to counter this bias by taking a deeper look at McDonald’s.  It is an iconic company that has tremendous competitive advantages, world’s most efficient food supply chain, recession-resistant, having a deeply valued, time-honored brand and serving customers daily in over 150 countries, in over 37,000 locations.  A company that made $24.6 billion in revenues earning $7.7 billion in operating profit.

You don’t get to these achievements without doing something very right every day.

Next time you hear an iconic brand going through trouble, stop to ask some of the critical questions in this post to avoid confirmation bias.  Your financial independence may well depend on it.

5 comments on “Cost of Consensus in Financial Independence”